Smoke Cleansing + How to Cleanse Your Home 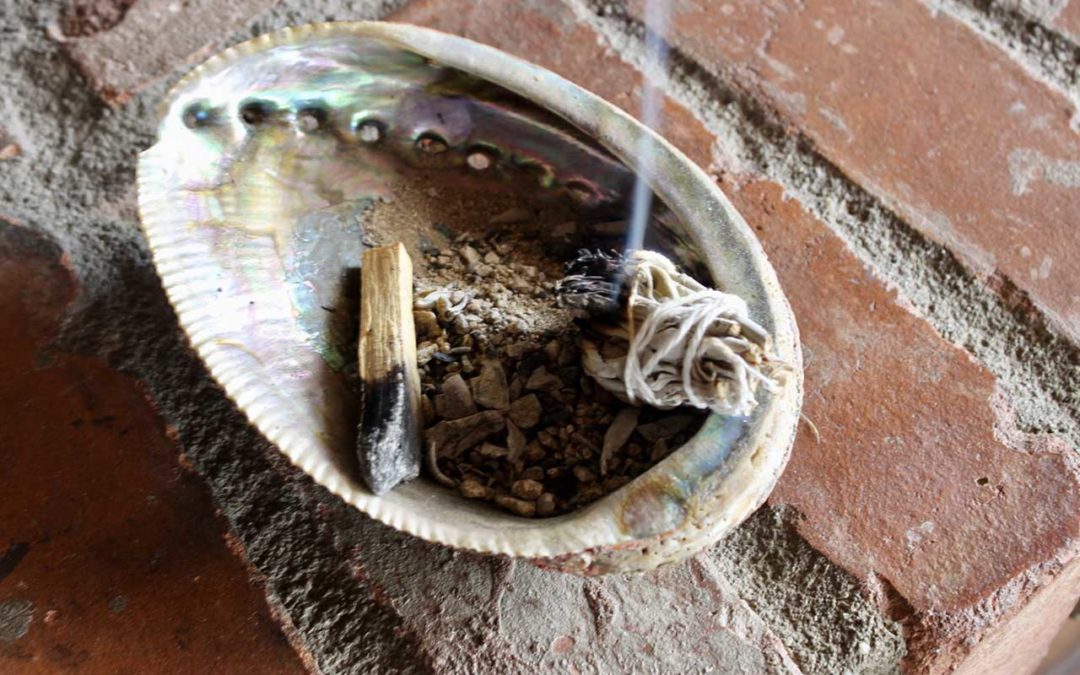 Think about how you feel when you have spent time in the presence of positive, uplifting people.

Whether it’s a compliment from a stranger that leaves you smiling all day, or an evening spent laughing riotously in the company of loved ones –

Have you felt that energetic shift?

We all carry energy.

As much as we’d like to abandon negative, low stagnant energies, both of our own and fragments of others’, and only carry the positive ones with us, this isn’t always the case. 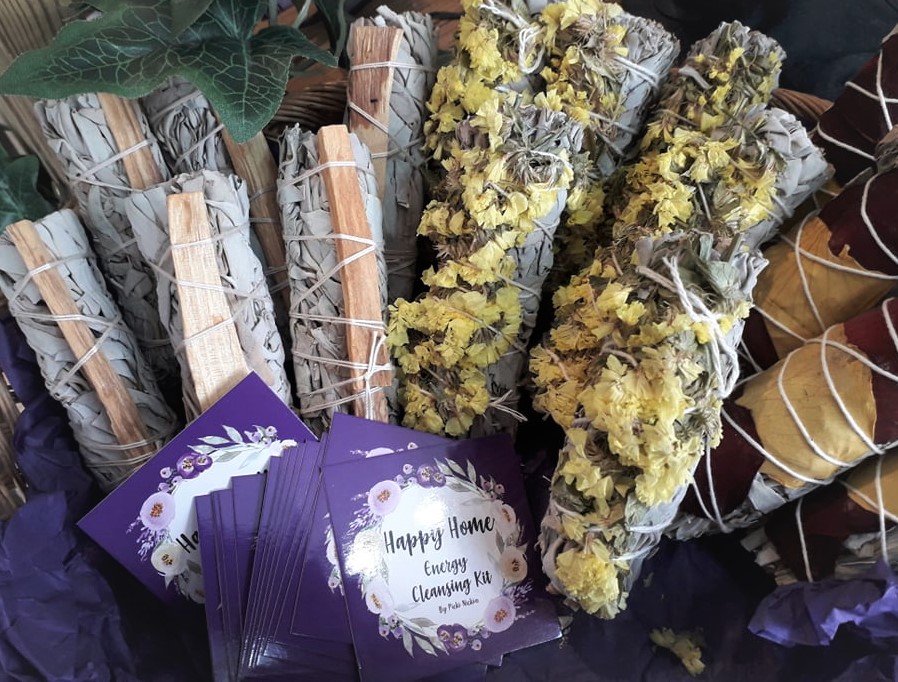 What is Smoke Cleansing?

Cleansing spaces, items or energies through smoke cleansing is an ancient practice stemming from multiple cultures over thousands and thousands of years. Catholics burn frankincense and myrrh as a symbol of veneration in churches as proclaimed in the Old Testament. ‘Saining’, a syncretic practice used by Celts as a method of purification or blessing, often used fire or water. Sticks assembled from fresh marigold flowers and sweet grass are burned during Dia de los Muertos, the smoke an aid for leading loved ones back from the dead during celebrations. Brazilian tribes historically burned Palo Santo wood for healing purposes. Certainly not last, but possibly the most well-known, Native American traditions have used sage in their sacred ceremonies for centuries.

Wait, there are a few things to educate yourself on before lighting that match!

Until the American Indian Religious Freedom Act in 1978 was passed, many practices of Native Americans including smudging and other ceremonious activities, were illegal.

It is contested that the term ‘smudging’ itself is cultural appropriation, imploring terms such as ‘smoke cleansing’ are used instead. The genuine concern from many tribes over the increasing popularity of their practices in Western culture revolves around the fact that many individuals many ‘sample’ sacred spirituality without making endeavours to acknowledge the significance of indigenous groups and is valid. The obligation is on non-Natives, and indeed anybody who does not have direct affinity with an original practice, to respect these cultures and honour the history in their own usage.

And there are many ways to do it!

Benefits:
Use smoke cleansing for:
-Cleansing your spaces
-Cleansing your crystals
-Charging objects
-Releasing negativity
-Aromatherapy
-Stress relief
-Symbolism during your own spiritual practice
-Reducing harmful airborne bacteria by over 94% (if using sage)
-Neutralising positive ions in the room

The most common smoke cleanses are made from White Sage or Palo Santo, but there are bountiful alternatives to use, many of which are local to or commonly grown in the UK! Do your best to ethically find your cleansing material, as many are not sustainably sourced.

…To name a few. Different plants are often used for different purposes and you can combine plants together to get a fuller effect e.g. Catnip is said to be burned for love and beauty, Pine is traditionally burned to bless a new home, Rosemary is used for removing negative energies, Bay leaves bring victory and success, and Cedar (popular due to its slow burn) is commonly used for grounding. Other plants, such as lavender, blue spruce or lilac are often used for their aromatherapeutic purposes. 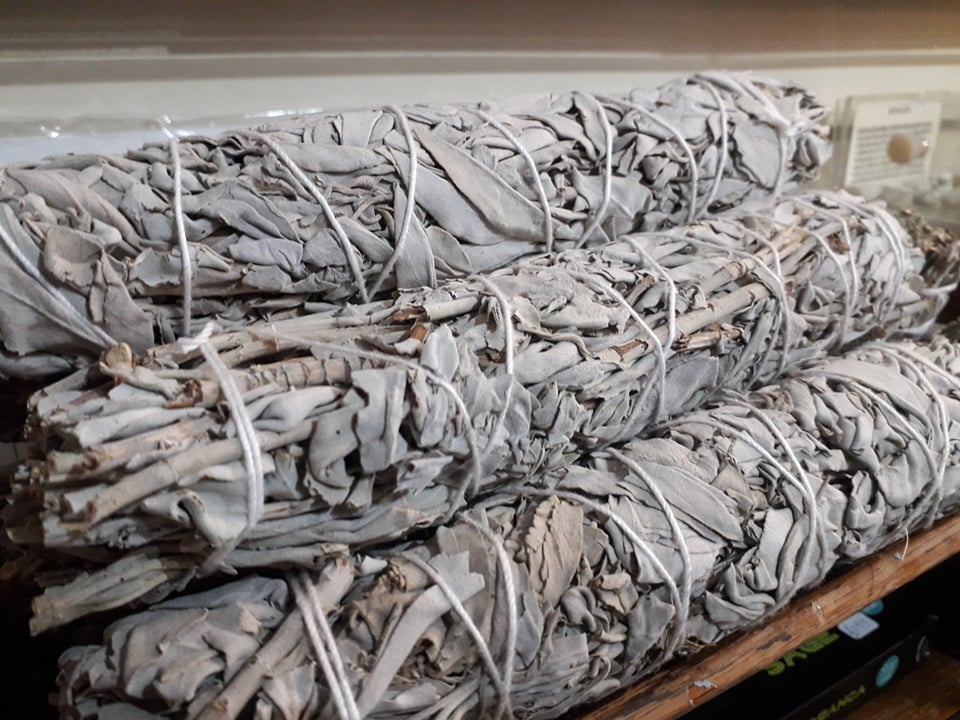 How to cleanse a space:

All you need:
-Cleansing stick
-Matches/a candle
-Fireproof bowl
-A method of extinguishing the flames (e.g. a bowl of earth or sand)

Open some windows or doors to assist in smoke and negative energy leaving easily.

Light your cleansing stick over the fireproof bowl until a small flame has caught. After a few moments, gently blow on the end until the flame expires. For the majority of plants, the stick will gently smoke (similar to an incense stick).

The purpose is not to fill the whole room with smoke – merely to allow a light amount of smoke to move around the space. Moving around the room clockwise, you can either gently wave the stick to the edges of the room or use your hands to waft the smoke around.

Don’t forget smaller spaces like behind doors, corners and even in cupboards or wardrobes!

When you have finished, ensure your cleansing stick is totally extinguished by either pressing it against the fireproof bowl or by immersing the end in earth or sand.

And that’s all there is to it! 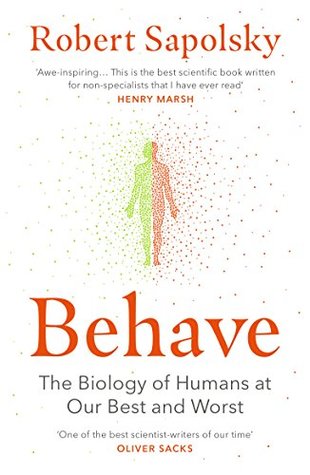 Behave: The Biology of Humans at Our Best and Worst

What is it about?

It may be easier to discuss what this book does not cover.  Put simply, this book is an amazing and mind altering of the whole science of human behaviour. Astounding and evocative, Sapolsky brings the science to life through simple language, engaging stories and irreverent wit, it offers the fullest picture yet of the origins of tribalism and xenophobia, hierarchy and competition, morality and free will, war and peace.

What makes this work especially fascinating, is the way in which Sapolsky moves backwards in time from the moment a neurone in the brain sparks to react in a certain way, and then hops back in time from there, in stages (adulthood, adolescence, childhood) ultimately ending up at a deep history of our entire species and its evolutionary legacy.

Why should you read it?

Simple really, it’s utterly fascinating and worth the investment in terms of time. So many behaviours that may seem impulsive or meaningless actually have deep rooted origins – when you have the chance to puzzle that out, it really does make you contemplate our entire species and the way in which we interact with the world. Wise, humanising and often funny, this is a tour de force in human psychology.

No comments to show.
We use cookies on our website to give you the best experience by remembering your preferences and repeat visits. By clicking “Accept All”, you consent to the use of ALL the cookies. However, you may visit "Cookie Settings" to provide a controlled consent.
Cookie SettingsAccept All
Manage consent

This website uses cookies to improve your experience while you navigate through the website. Out of these, the cookies that are categorized as necessary are stored on your browser as they are essential for the working of basic functionalities of the website. We also use third-party cookies that help us analyze and understand how you use this website. These cookies will be stored in your browser only with your consent. You also have the option to opt-out of these cookies. But opting out of some of these cookies may affect your browsing experience.
Necessary Always Enabled
Necessary cookies are absolutely essential for the website to function properly. These cookies ensure basic functionalities and security features of the website, anonymously.
Functional
Functional cookies help to perform certain functionalities like sharing the content of the website on social media platforms, collect feedbacks, and other third-party features.
Performance
Performance cookies are used to understand and analyze the key performance indexes of the website which helps in delivering a better user experience for the visitors.
Analytics
Analytical cookies are used to understand how visitors interact with the website. These cookies help provide information on metrics the number of visitors, bounce rate, traffic source, etc.
Advertisement
Advertisement cookies are used to provide visitors with relevant ads and marketing campaigns. These cookies track visitors across websites and collect information to provide customized ads.
Others
Other uncategorized cookies are those that are being analyzed and have not been classified into a category as yet.
SAVE & ACCEPT